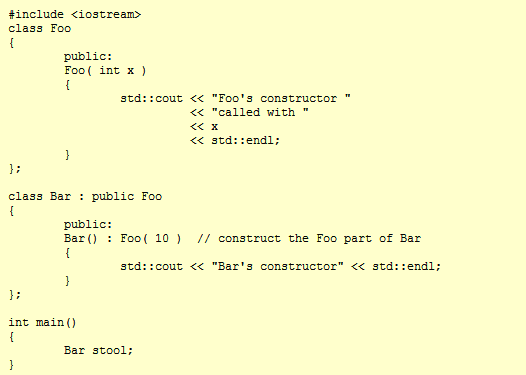 Note2: Are there other cases when the initialization list is helpful?

Initialization lists. In fact, constructors should initialize as a rule all member objects in the initialization list. Consider the following constructor that initializes member object x_ using an initialization list:
Fred::Fred() : x_(whatever) { }.
The most common benefit of doing this is improved performance. For example, if the expression whatever is the same type as member variable x_, the result of the whatever expression is constructed directly inside x_ — the compiler does not make a separate copy of the object. Even if the types are not the same, the compiler is usually able to do a better job with initialization lists than with assignments.
The other (inefficient) way to build constructors is via assignment, such as:
Fred::Fred() { x_ = whatever; }.
In this case the expression whatever causes a separate, temporary object to be created, and this temporary object is passed into the x_ object's assignment operator. Then that temporary object is destructed at the ;. That's inefficient.
As if that wasn't bad enough, there's another source of inefficiency when using assignment in a constructor: the member object will get fully constructed by its default constructor, and this might, for example, allocate some default amount of memory or open some default file. All this work could be for naught if the whatever expression and/or assignment operator causes the object to close that file and/or release that memory (e.g., if the default constructor didn't allocate a large enough pool of memory or if it opened the wrong file).
Conclusion: All other things being equal, your code will run faster if you use initialization lists rather than assignment.
- See more at: http://labstrikes.blogspot.in/2012/08/adsense-middle-blog-post.html#sthash.gQgSkqx8.dpuf
Posted by Sushanth at 04:35